Arriving at London’s Kings Cross station was a great feeling. After the relaxing first class trip on the Eurostar, we were rested and ready to go! This was our second time there together. The last time we arrived right on Christmas! (Can you tell we like being in Europe during the holidays!?)

Since we knew the areas we liked before, we knew exactly what our hotel goals were for the short time we were in town. We hopped on Hotels.com (using eBates.com for extra savings)  and were shocked to have found such slim pickings! I guess that’s what you get for booking so late in the game…. We settled on The Cromwell in the Kensington borough, a great part of the city an right across the street from a tube stop. Pro tip, London is always packed with tourists, and hotel occupancy is always near full, so book early! We love the Kensington area, it has great pubs, a Tube stop and Nando’s Peri Peri Chicken! Be careful with the tourist pass for The Tube though, (London underground), we found it cheaper to pay for single rides sometimes instead of buying the travel card, which is not usually the case! If you have a contactless credit card, it’s cheaper and easier to use those too.

Our first night there we wanted a few proper pints and the classic pub foods, Scotch Egg and beer battered anything (turned out to be onion rings) hit just the spot! The first thing we always realize when getting to London is how expensive the food and beers are! Never fails to give us a slight pause as we hand over our credit card. £4 per pint was cheap, but still much different than mainland Europe price wise. No matter, it was worth it! 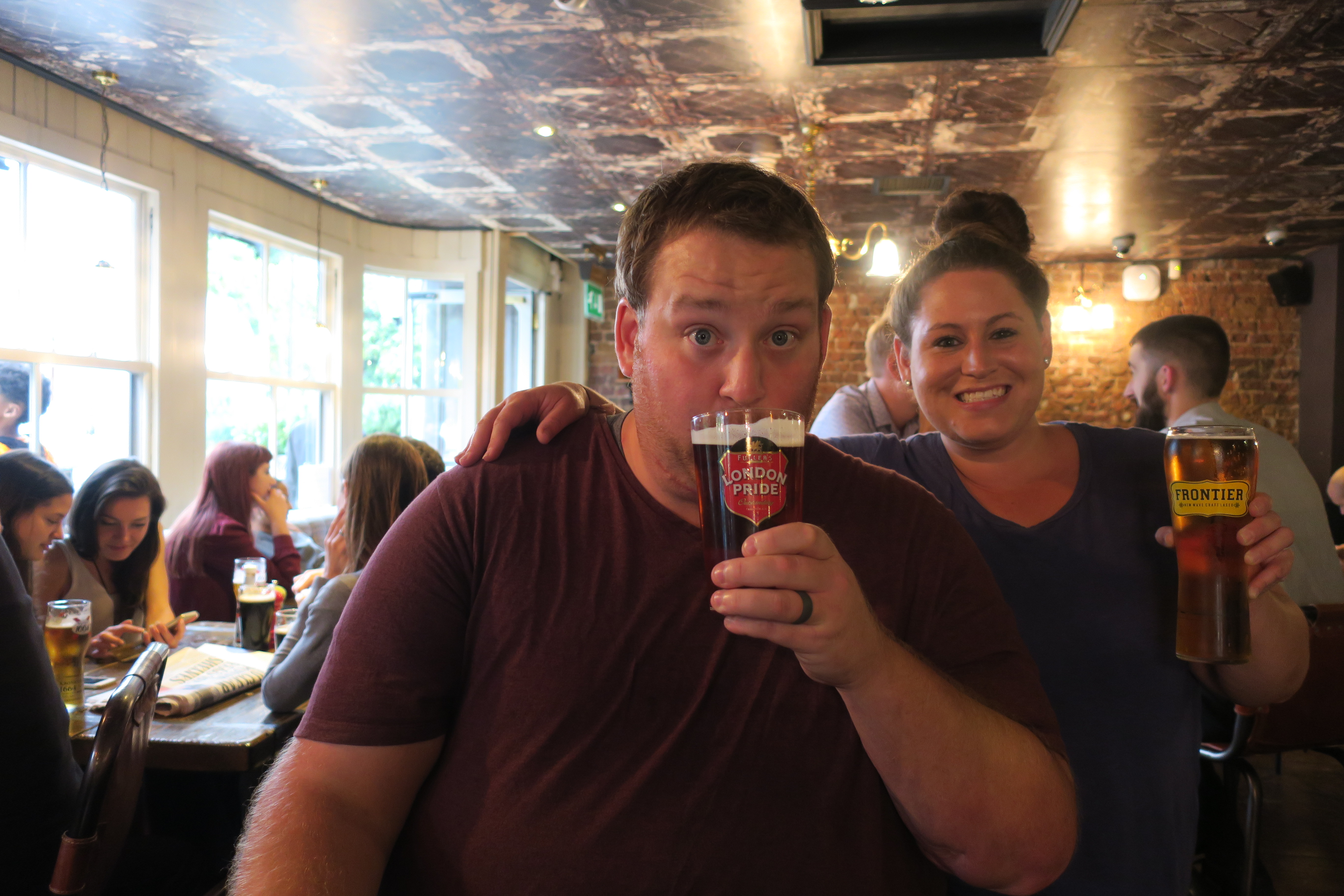 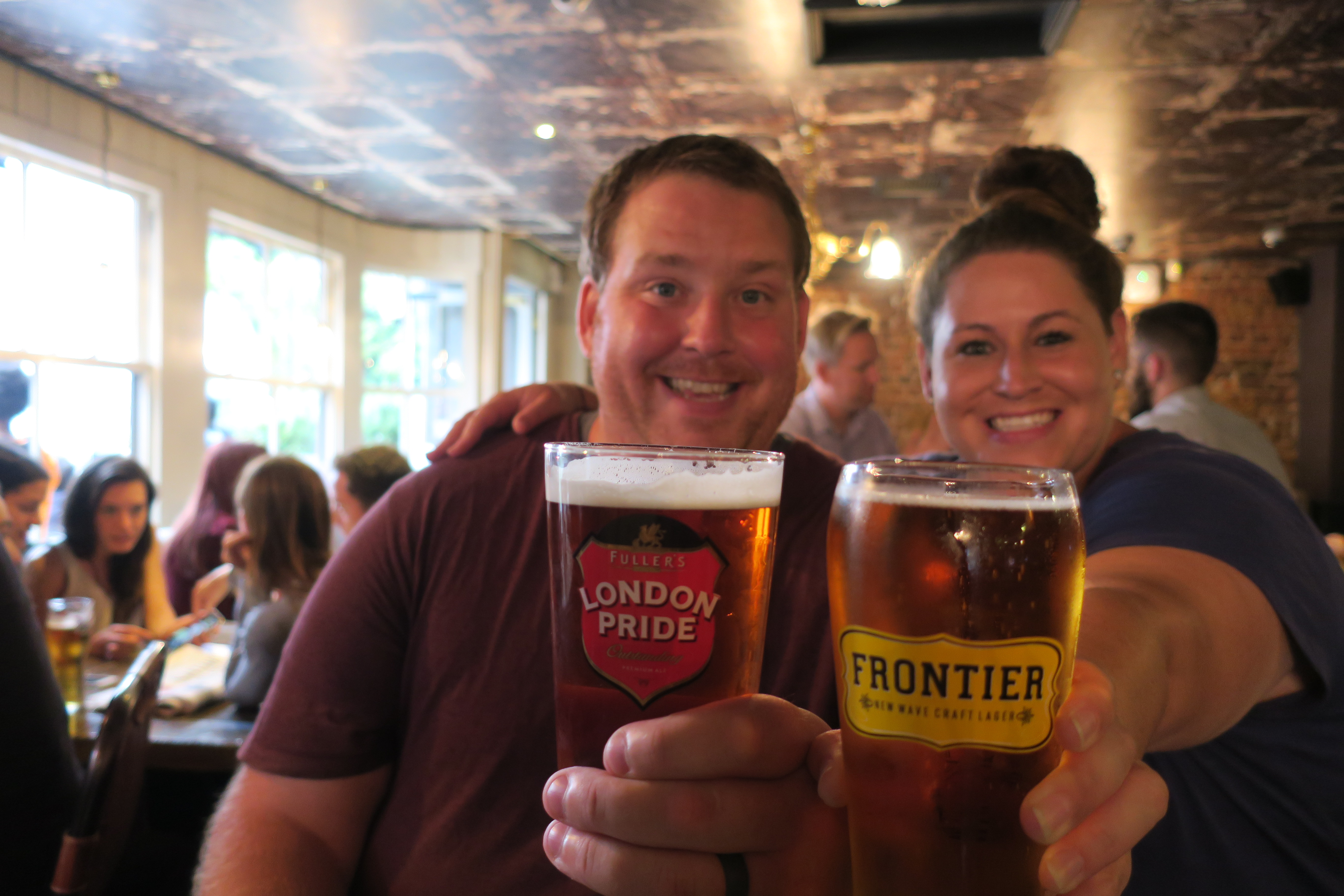 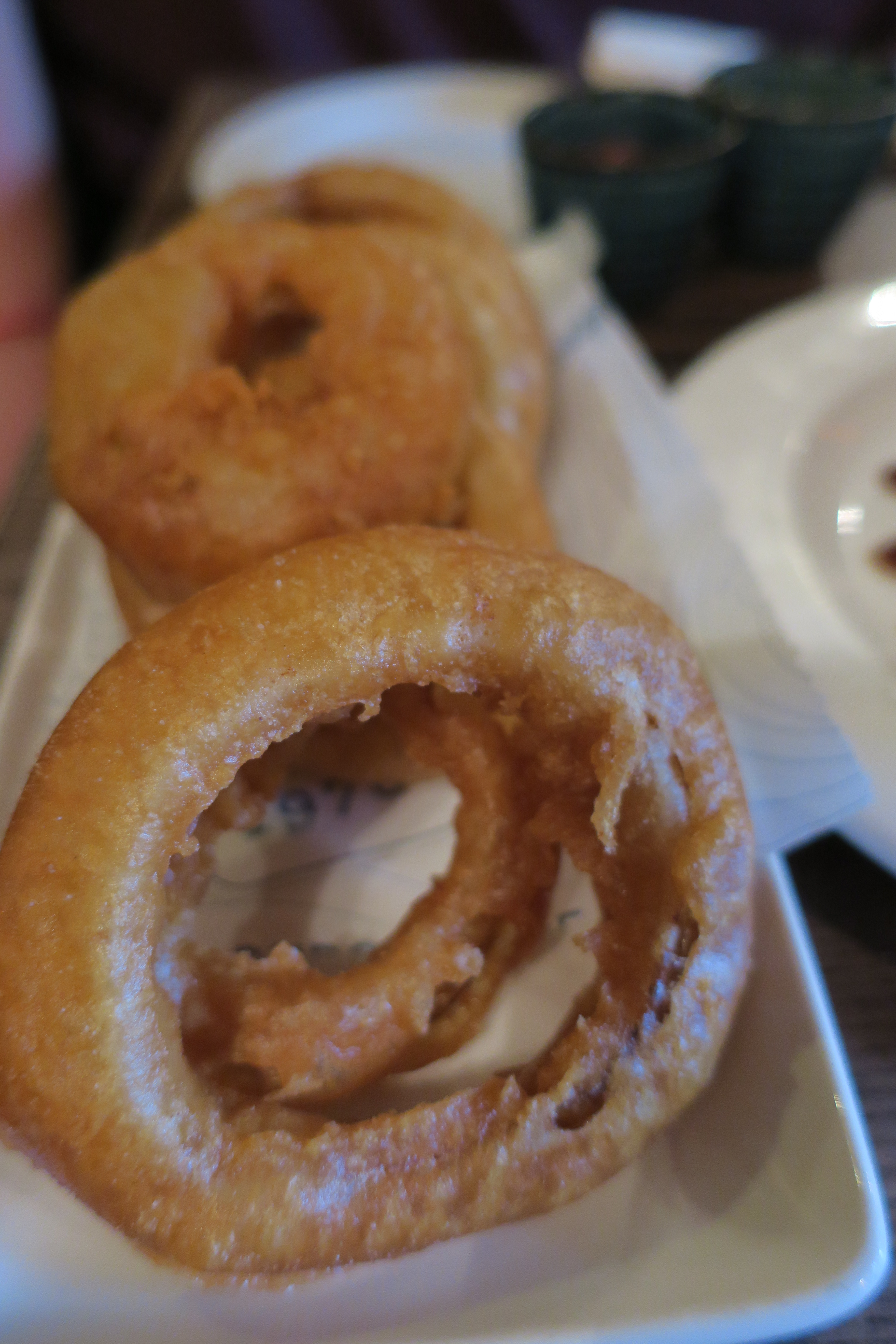 There is always so much to see and do in London, The Eye, Parliament (which has the Big Ben bell in its clock tower), Hyde Park, the Globe theatre, Tate Modern, Tower Bridge…you get the point. The one thing that I never got to see last time was the changing of the guards at Buckingham Palace, so we wanted to make sure we checked that off our list this time. Last time during the winter, it was raining so they had cancelled it. This time, bright blue sunny skies… so there’s no way it would get canceled this time, right?! We figured that the Queen is special and she’d want her guard changed daily, especially during summer, so we trrecked over to the palace, got a great spot in front and waited. And waited. Little did we know, there is no ceremony on Saturday’s! After waiting for quite a while, watching the guards do their prescribed back and forth “guarding”  and after about 30 minutes, a representative came and said “no Changing of the Guard today, come back tomorrow”. Boo! Deflated, we checked to see if for sure it was happening the next day, it was, so we’d be back! The next day, we did the same, but when we arrived, there were many more people lined up, a good sign! We nudged our way to the front of the gates and waited! Much more action this time, special people arriving on golf carts, loads of people packing in all waiting. The change was supposed to be 11:30, that time came and went, maybe they were running late? We kept waiting telling ourselves that it was happening, no way I could’ve come to 3 times and miss it! After about an hour of waiting past the scheduled time, a very English looking gentleman walked around saying that the changing had been cancelled for the day, how he knew was uncertain, but he knew. That was it! The Queen blew her chance! I’ve given up, so until William and Kate become king and queen, we won’t waste our time! That is, unless her majesty is reading this and wants to host us personally!

With more time on our hands now than originally anticipated, we decided to go and walk along the River Thames, the famous snaking river that has been at the center of the British Empire for centuries. So many historic and interpreting things to see, one of our favorites is Tower Bridge. A perfect vantage point is near the HMS Belfast, a historic old battleship converted into a war museum.

Of course there had to be a stop by Big Ben that included many selfies. It’s always fun to stand on the Westminster Bridge, look out along the River Thames with Big Ben on one side of you and the London Eye on the other. Only drawback this time in London, Big Ben was under construction!

Another fun stop in London is Borough Market in Southwark. This mixed retail and wholesale market has been around since the year 1014, more than a thousand years. While it certainly has changed in that time, it is a great place to buy delicious british foods like steak and kidney pie, scotch eggs, Currie’s, and of course Fish n Chips. Another must eat in London for us! We lined up at one of the stalls and ordered up some freshly fried cod, thick cut English style chips and a beer battered fries sausage, because, when in London….! While eating our crispy freshly fried foods we were noticed by someone that had been following us on Instagram, Ashley (@Afkansas on instagram)! It’s always fun to be recognized by people, be it in Vietnam, Germany or England! It was nice to talk to her and learn her travel stories and share ours with her.

That night we also met up with another fellow blogger/Instagrammer Meg (@mymegatravels on Instagram). She was just starting her own world tour, but doing it the smart way, house sitting! We had a few pints at the Lamb and Flag Pub, a truly locals place, including some local horses that stopped by to eat the hanging flower baskets! A great day turned into a great night, enjoying good beer and conversation.

We didn’t spend too much time in London this time, but over the years we have come to know it well. It is a great city, an expensive one with tourist traps around every corner, keep an eye out and find the real pubs, chip shops and the locals and get a real English experience!

Next up, taking the Train to Scotland, furry cows, kilts and Haggis!