When you think of Munich what comes to mind? For us, it’s beer! (okay, and football ((soccer)) for Dean)! Munich was another one of those cities that people said you could just take a day or two to see…we shouldn’t have listened! Not only is the city of Munich beautiful, but there is plenty to do! Just waking around the historic city center, you can spend hours of the day taking it all in. Not to mention if you want to hit up Hofbrauhaus, you could set aside a whole afternoon just for that!

We got in late afternoon after topping out our poor little Opel Corsa to its fastest speed of 200kph (125mph) on the autobahn. That never gets old! Going that fast in that car was a little nerve racking as we felt it might just poop out, but compromising with it at constant cruising speed of 160kph (100mph) made the drive from Salzburg go by rather quickly! We booked the Hotel Mirabell through Hotels.com using eBates for our cash back. (Click our links and make a purchase so we get credit!) It was a nice hotel, and at first we were in heaven as we realized we were right over a Turkish Kebap restaurant! We quickly realized… it wasn’t. The smell of kebaps is great after a night of drinking, but not 24/7. Aside from that, it was a nice hotel, great full breakfast buffet with warm pretzels with obatzda (more on this amazing cheese spread later), coffee, cheeses, sausages and more! It was a little outside the city, but just a short walk from the main train station to take you anywhere.

The first night there we decided to walk around some to see the sights and explore the neighborhood. So many big ornate catholic churches!

Our second day started with solitude and remembrance as it was the day we visited Dachau, the Nazi concentration camp just outside of Munich. Visiting one of the camps was high on both our lists so we felt lucky we were able to make a visit work on this trip. Getting there was SO easy. There is a train to take directly from the Munich central station to the town of Dachau, then a bus to drop you off right at the entrance. It only took about 45 minutes and only cost €8 for the public transport pass that covers both the train and the bus. There are guided tours that you can take or a self guided audio tour, both have a very small fee, but are truly worth every penny. We won’t go into too much history here but it is important for everyone to know what happened to their fellow human beings not too long ago, and how it could be a threat to happen in our future. We will let the pictures speak for themselves and we recommend, if you find yourself in Munich, make the journey to Dachau to see the camp for yourself. *PLEASE NOTE THAT SOME OF THESE PICTURES CAN BE UPSETTING*

After a somber day we wanted to go to the city center to see more of the sights and make the most of our only day in the city. We took the metro to the town square and were immediately immersed as we walked up from the metro. Immediately after walking up we were hit with a view of the gorgeous Peterskirche, the famous Catholic Church in the center of the city. So massive and ornate!

Just around the corner from there was Hofbrauhaus, exactly what we’ve been waiting for! We were so excited to finally enjoy some delicious food and beer in the original location. As you walk in, sounds of loud German music bounced off the walls, waiters in lederhosen lead you to a communal table while carrying multiple liters of beer and dodging hawkers selling the biggest pretzels you’ve ever seen. On a random summer evening the place was packed with tourists, we can only imagine what it’s like during Oktoberfest! 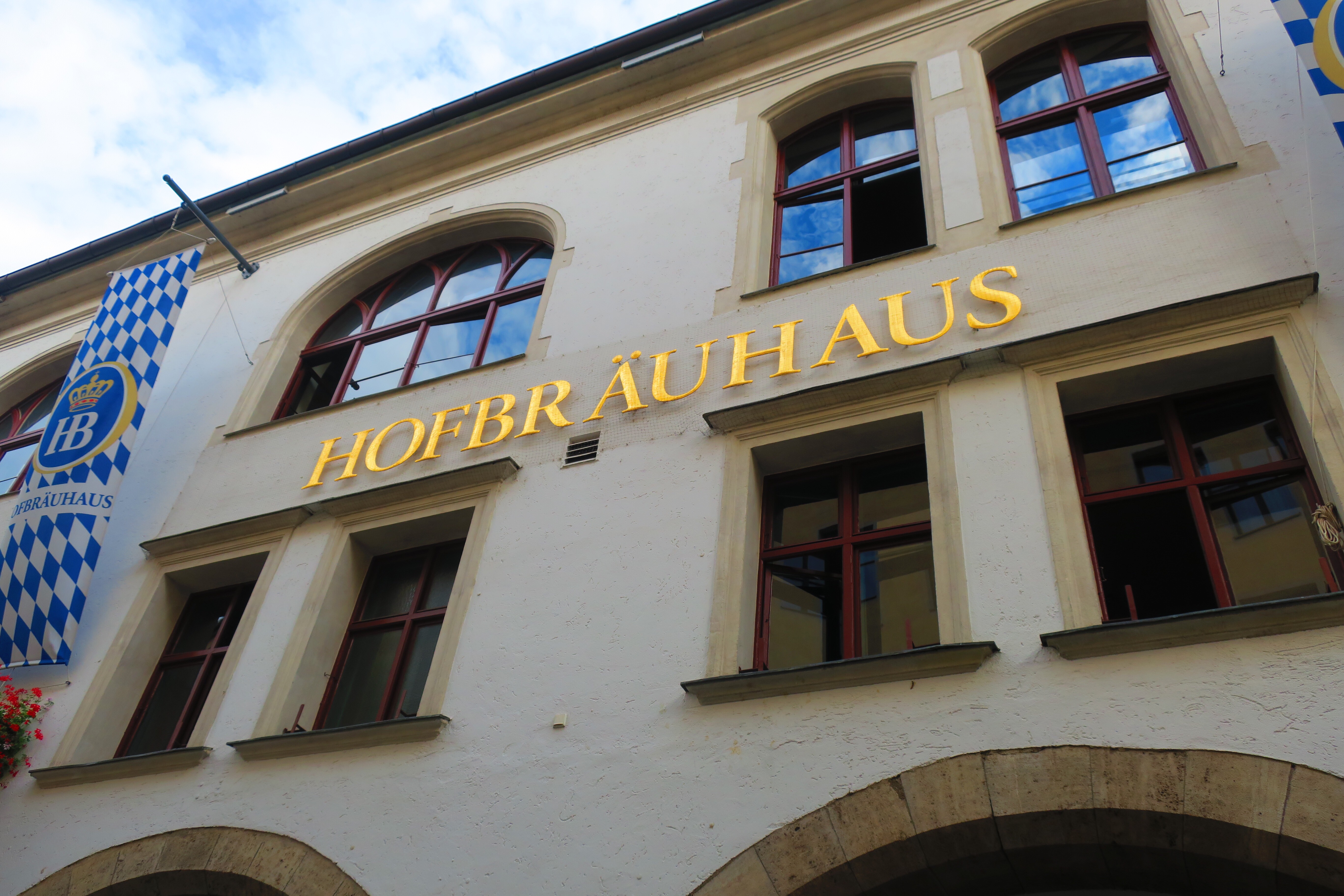 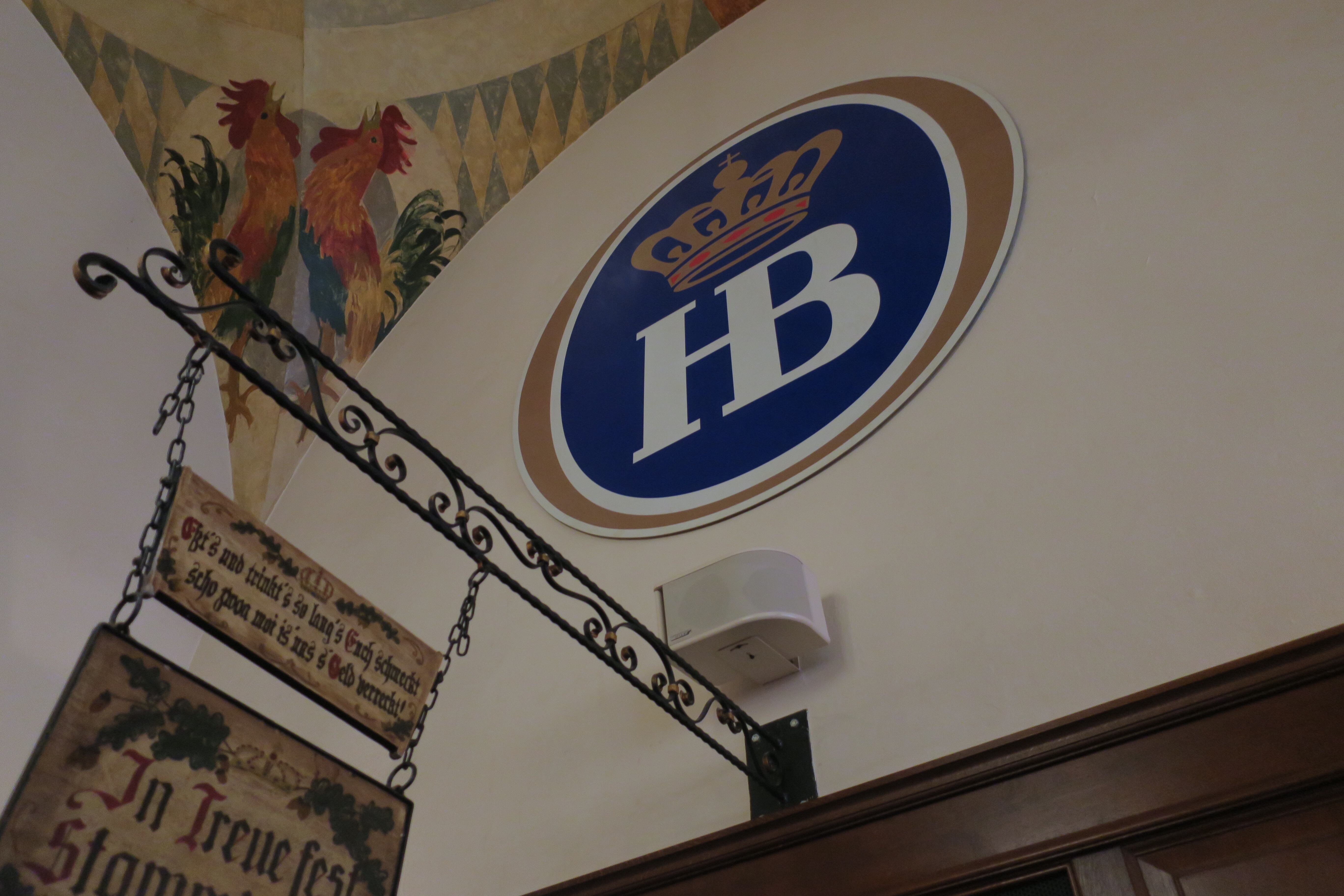 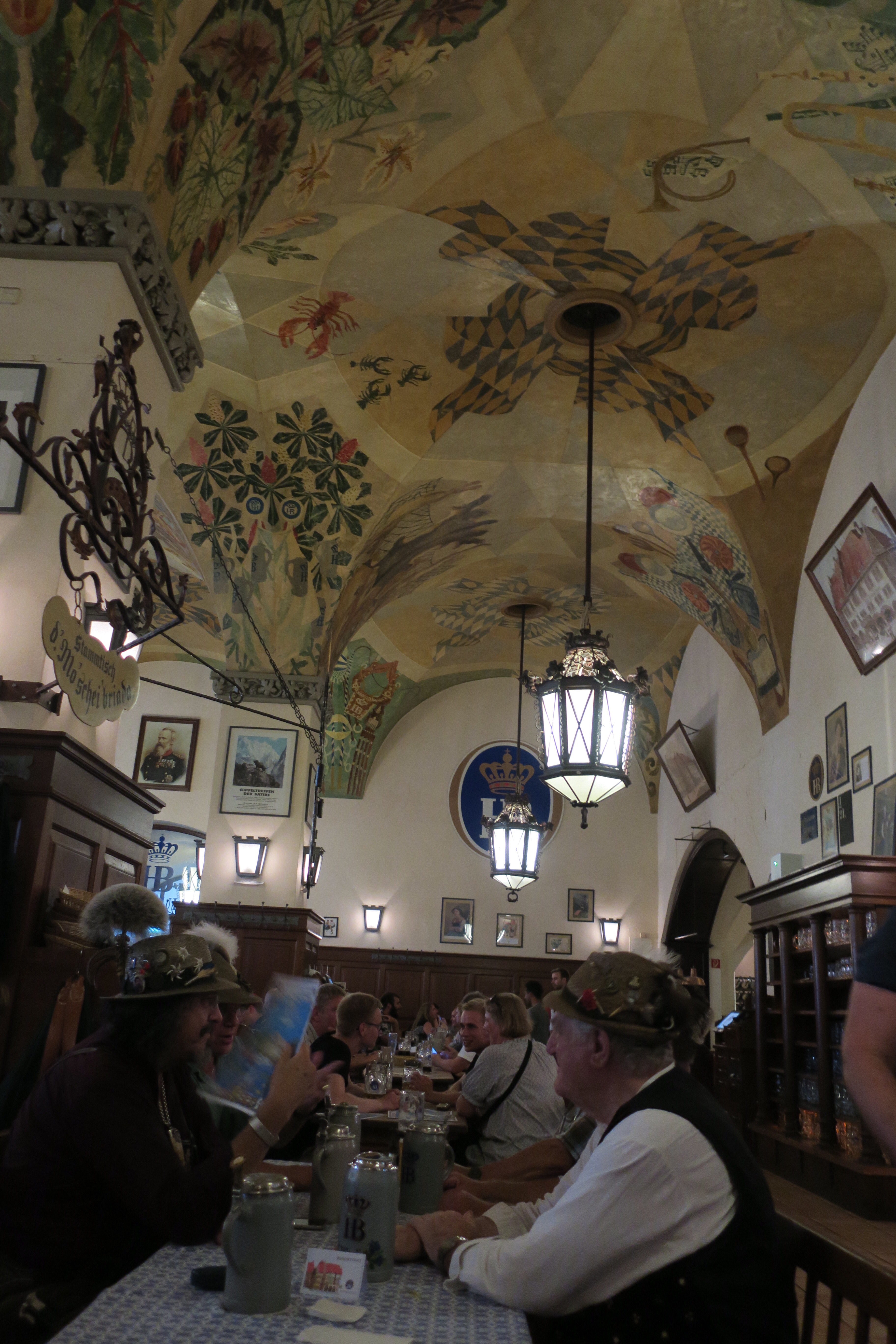 We started off by ordering some beer, of course. Dean got a litre of Hofbrau “original” and I got a litre of radler, a half beer half lemonade mix, so refreshing on a hot summer evening in a large hall filled with almost a thousand people! To start we ordered obatzda, we mentioned it earlier but now we can explain it. If you like bloomy rind cheeses, like Brie or Camembert, you will love Obatzda! It’s quite healthy, 2/3 camembert cheese and 1/3 butter with some paprika, salt, pepper and a splash of beer for extra flavor. Clearly we’re kidding when we say it’s a healthy snack! Definitely a must try, though! It’s quite rich, so the best way to eat it is with one of the giant pretzels that are being sold, they also provide bread, but that’s not nearly as fun.

I ordered Käsespaetzle, a dish that Dean is a master at making, so this had big shoes to fill. It’s basically the German/Austrian version of macaroni and cheese! How could that be bad?! Spaetzle is a boiled dumpling made with flour, eggs, milk and a touch of nutmeg, then it is sautéed with caramelized onions and smothered with alpine cheeses (that’s what makes it the käse part) like gruyere and melted together into a hearty home style dinner. While I’m always partial to Dean’s variety, this one was pretty delicious! They put some fried onions on top that gave it some tasty texture. Dean got the HB original sausage platter (not very inventive name), with pork sausage, viennese sausage (hot dogs!), pflazer sausage (pork and potato) all served on a bed of sauerkraut. The sausages are made in house and with traditional ingredients, so very fresh and very snappy sausage! The food was good, a bit touristy, which means pricey but worth the trip to eat at the original Hofbrauhaus. We also had a fun fan moment too! When we were there we were recognized by one of our Instagram followers @jtudall, a husband and wife team that has been traveling all over Europe! Check them out too!

The next day we got an early start because we had a magical place to visit! The Neuschwanstein castle, located just an hour and a half southwest of Munich, is an easy day trip, but even better for us since we were headed that way anyway! The castle is said to be the inspiration for the Cinderella castle at Walt Disney world and we can see why. It’s a place that both of us have seen those inspirational posters, and all over the internet and always wanted to visit. From the pictures you see, you will get the impression that it is located deep in the forest and a secluded hideaway for kings. While it’s not really located in a convenient area, it is actually quite easy to get to. When you first approach, you can clearly see the White Castle against the deep dark green forest built up into the hillside, paragliders sailing around and cars pulling off to the side of the road to snap pictures. Keep going and you will find parking lots and the small village of Hohenschwangau, this is where to park if you self drive. For €6 for the day, you can spend as much time as you need! Being a tourist attraction, there were plenty of things to do there, restaurants, hotels, ice cream shops and carriage rides. We opted for the cheap castle view, the free one that is located at Queen Mary Bridge, without going inside. There are a few options on how to get there. To walk to the bridge you can take the hike up through the mountainside, (which is quite a hike!), you can ride on a horse drawn carriage for €9 per person each way…or the smart choice! Clearly the one we took, the bus! It was only €1.50 per person each way. The bus stop is just past the Hotel Müller Hohenschwangau, you will also see the castle bearing the same name. The bus get packed full, and you pay the driver exact change but you get dropped off near the bridge and it saves you money and headache. There is a small paved hill that you must traverse first, and most likely there will be a long line to get to the rickety bridge but once you get there, it’s a beautiful sight! The aforementioned Hohenschwangau castle was the original castle in the area that was revived by King Maximillian in the early 1800’s, the Neuschwanstein was built by his son Ludwig in 1860’s. We’re so happy we got to see it in person, it definitely didn’t disappoint. A true fairytale! 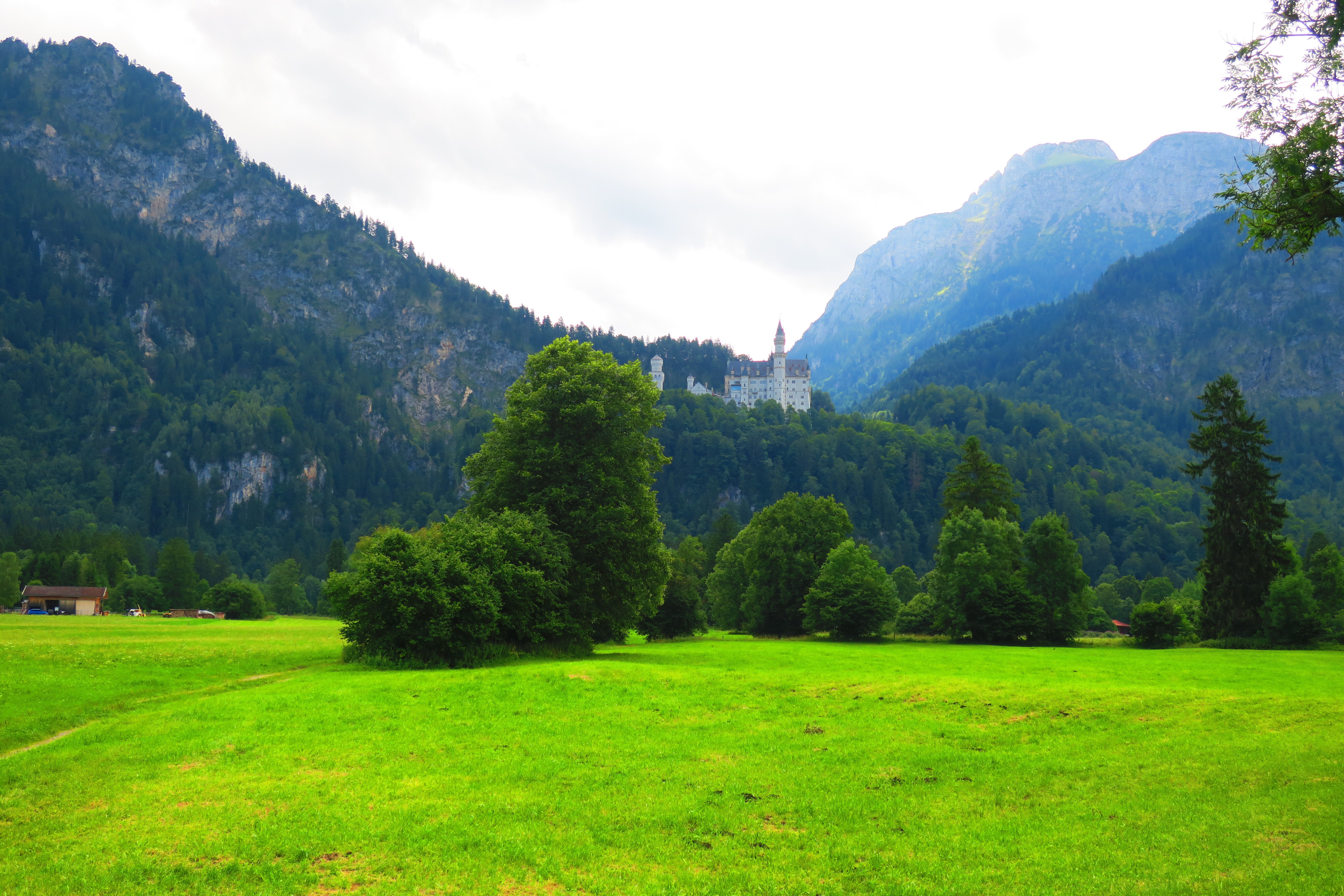 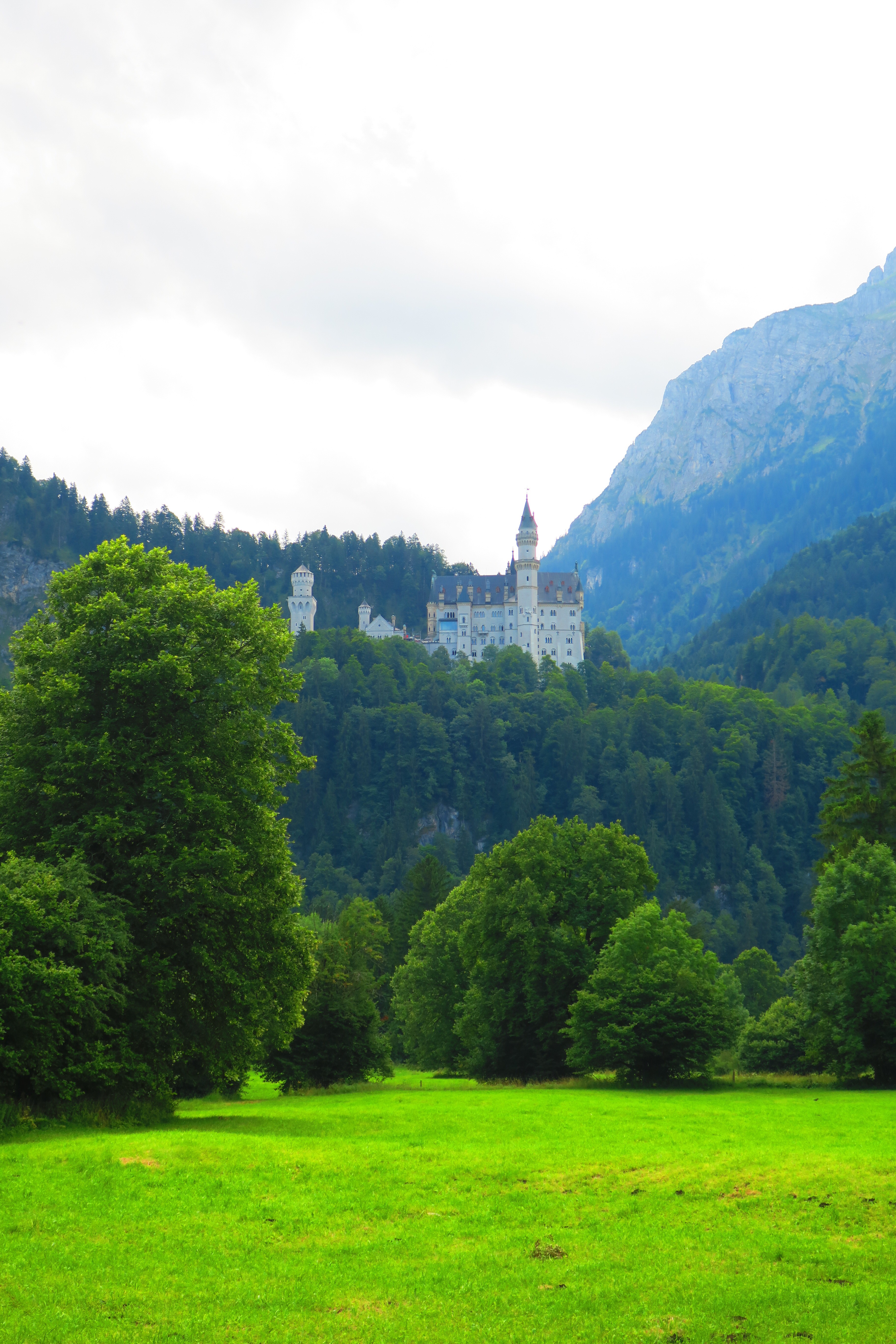 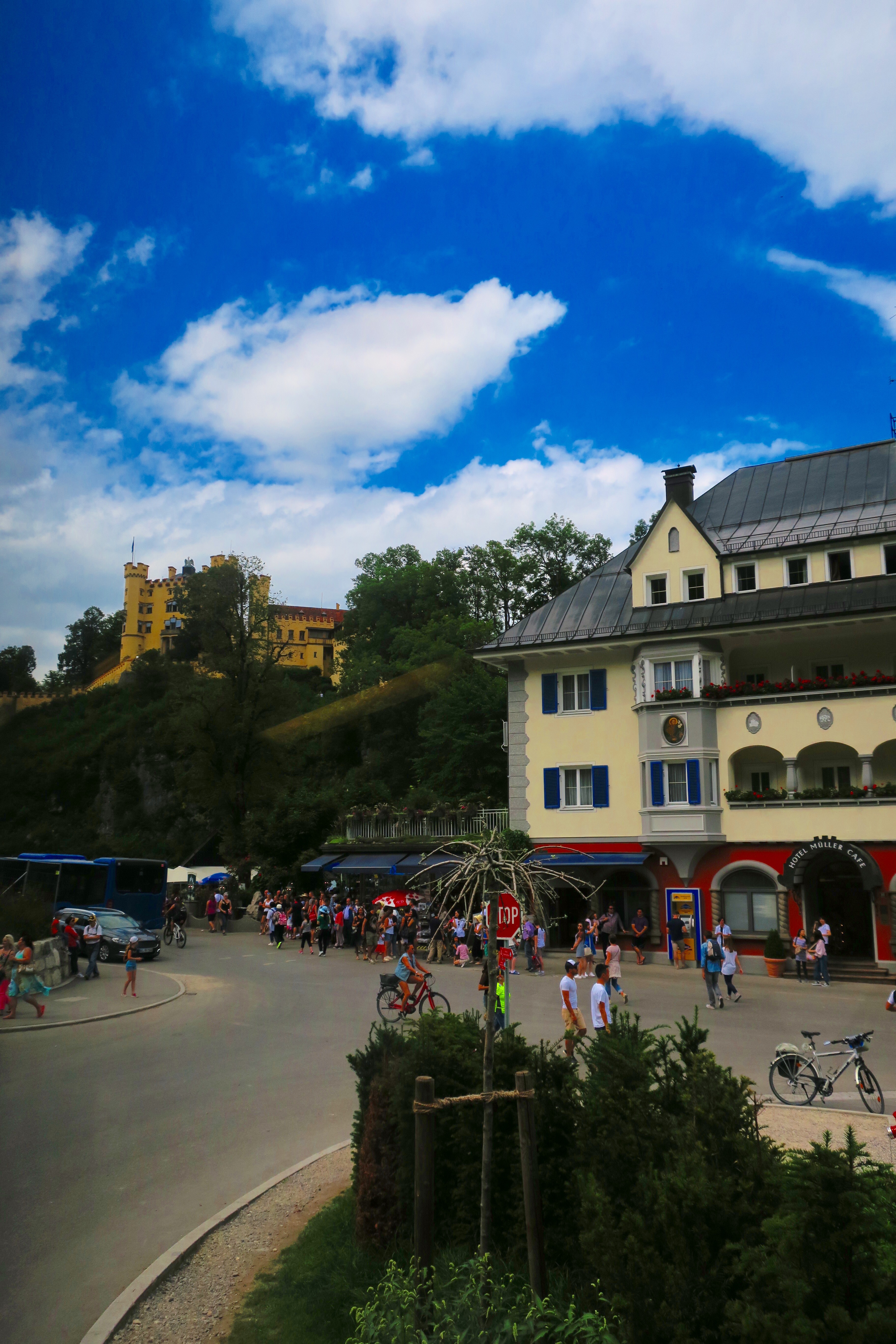 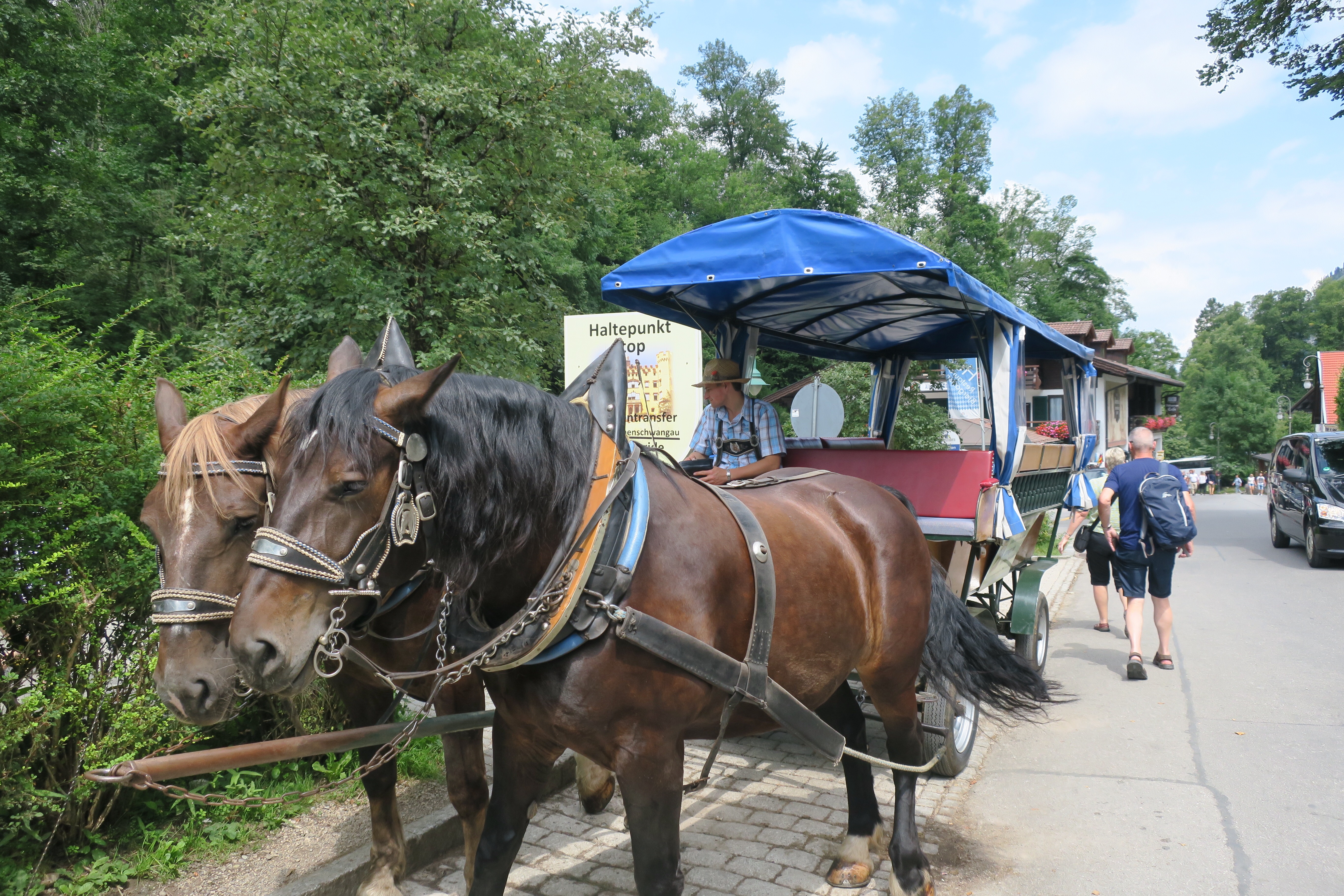 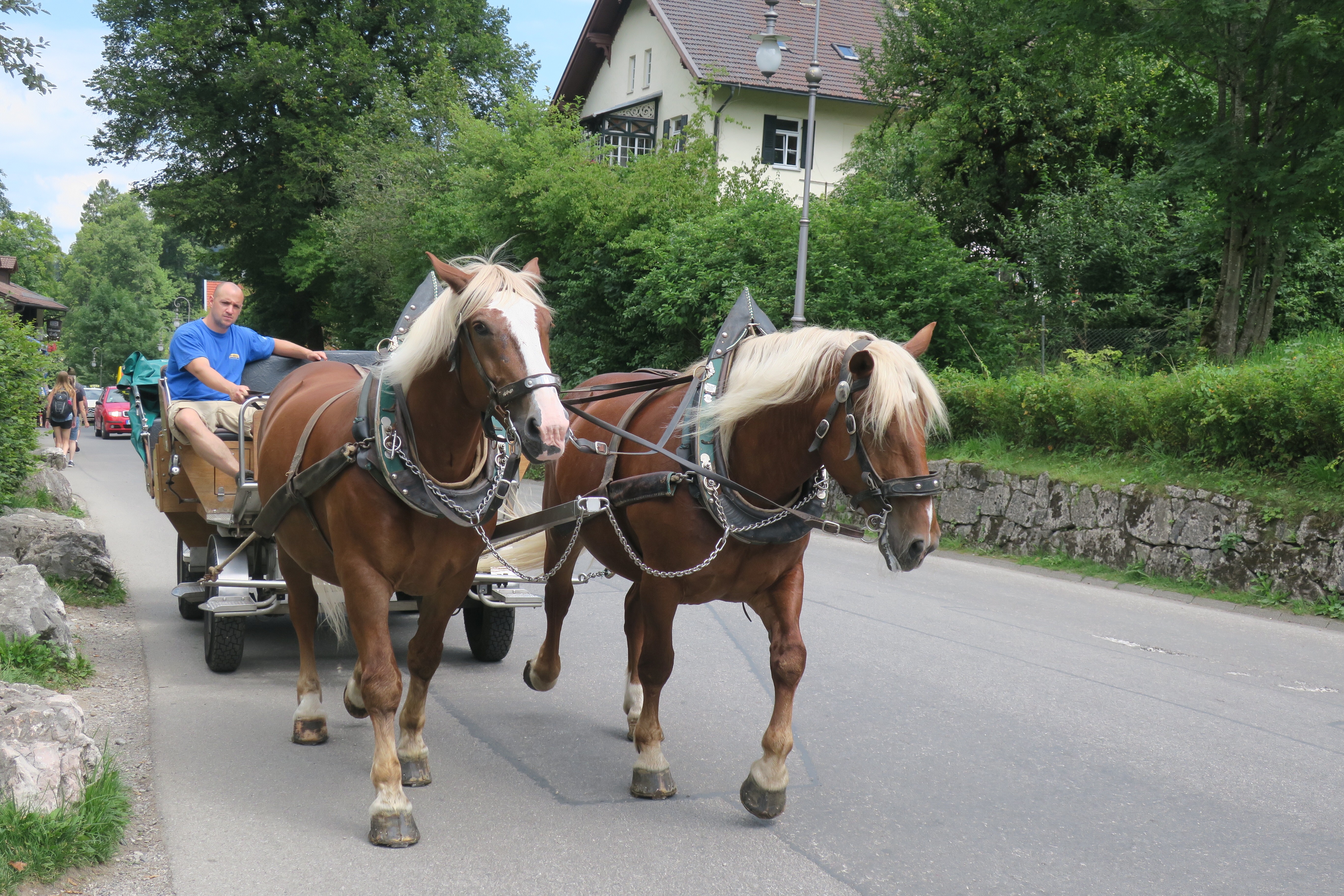 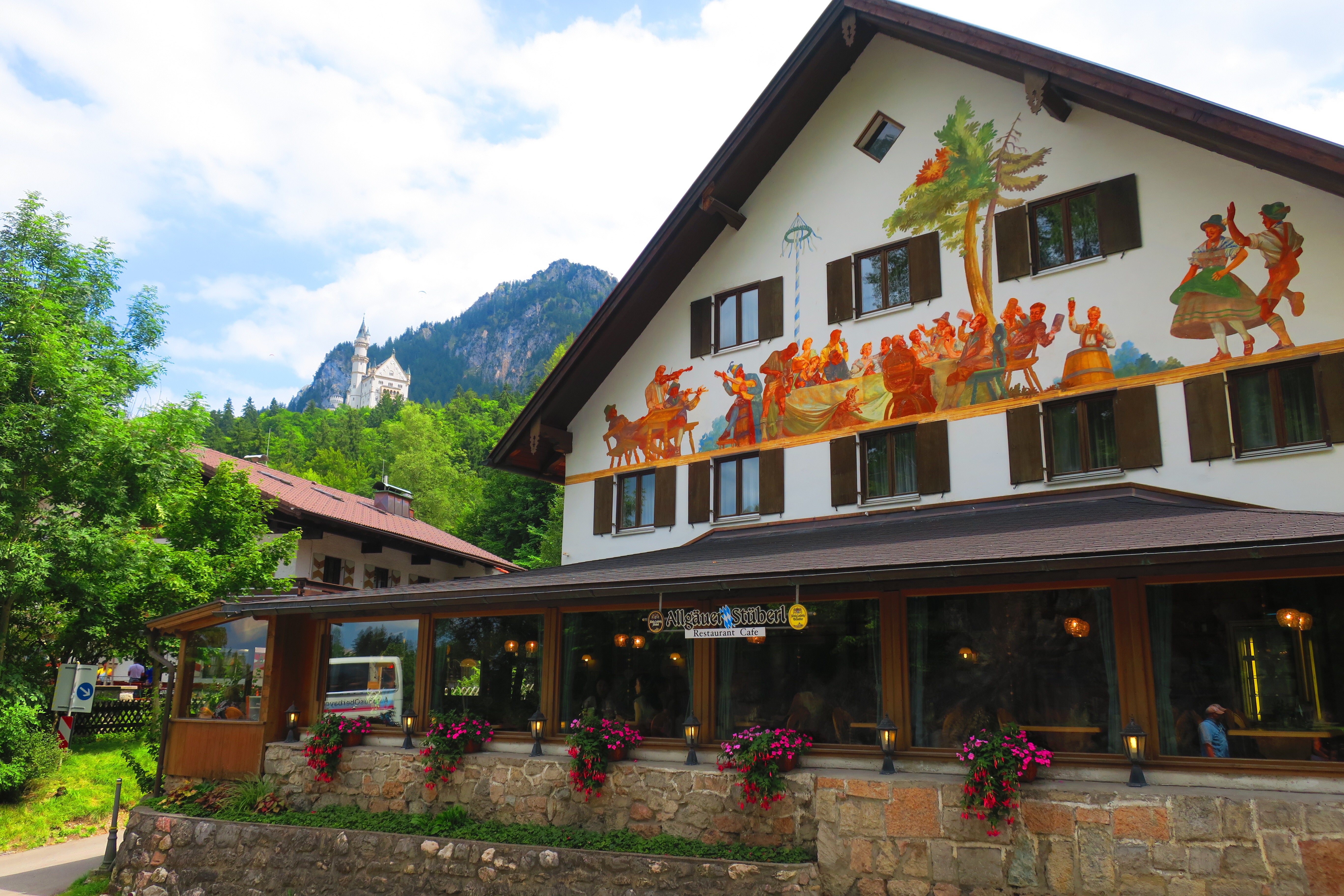 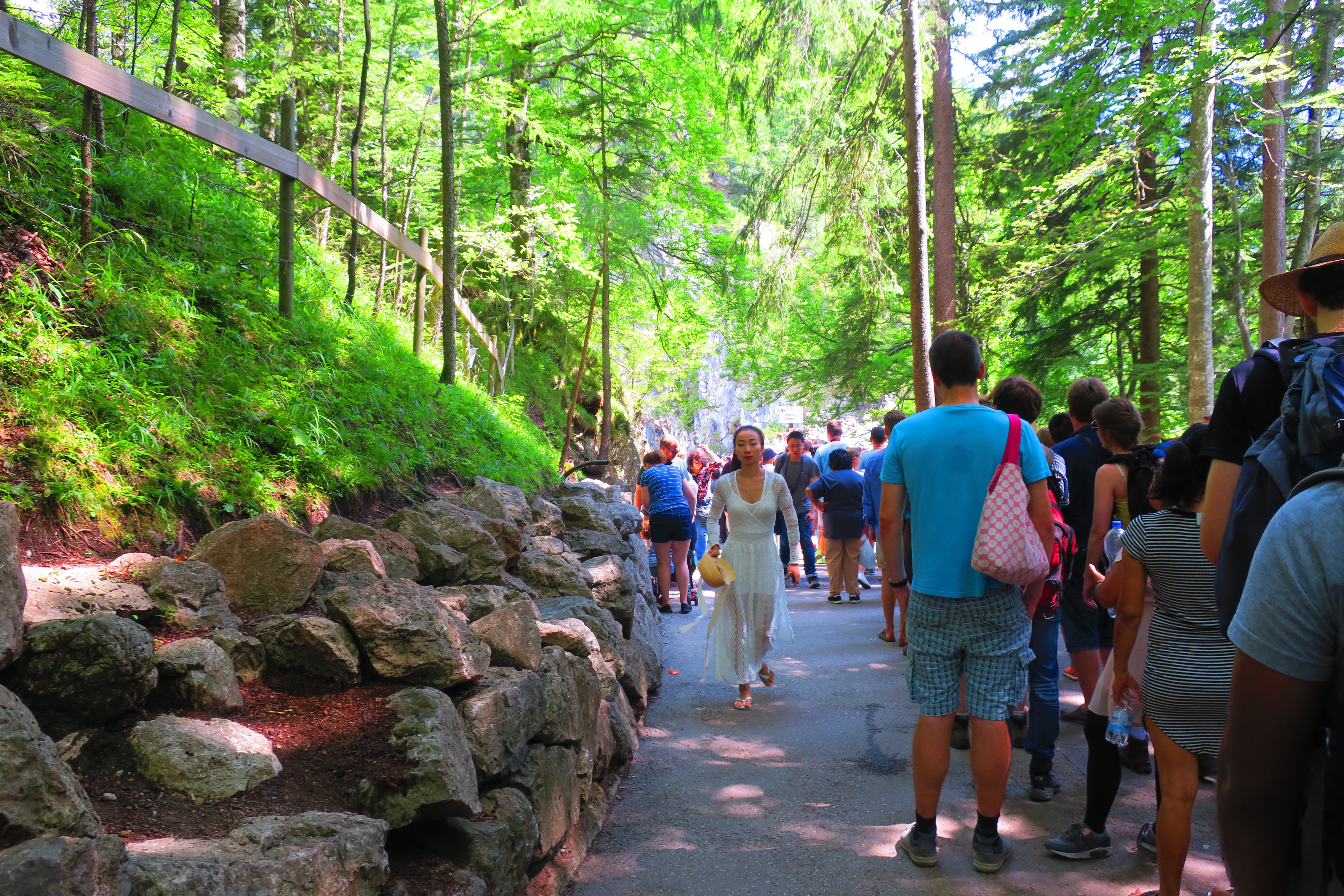 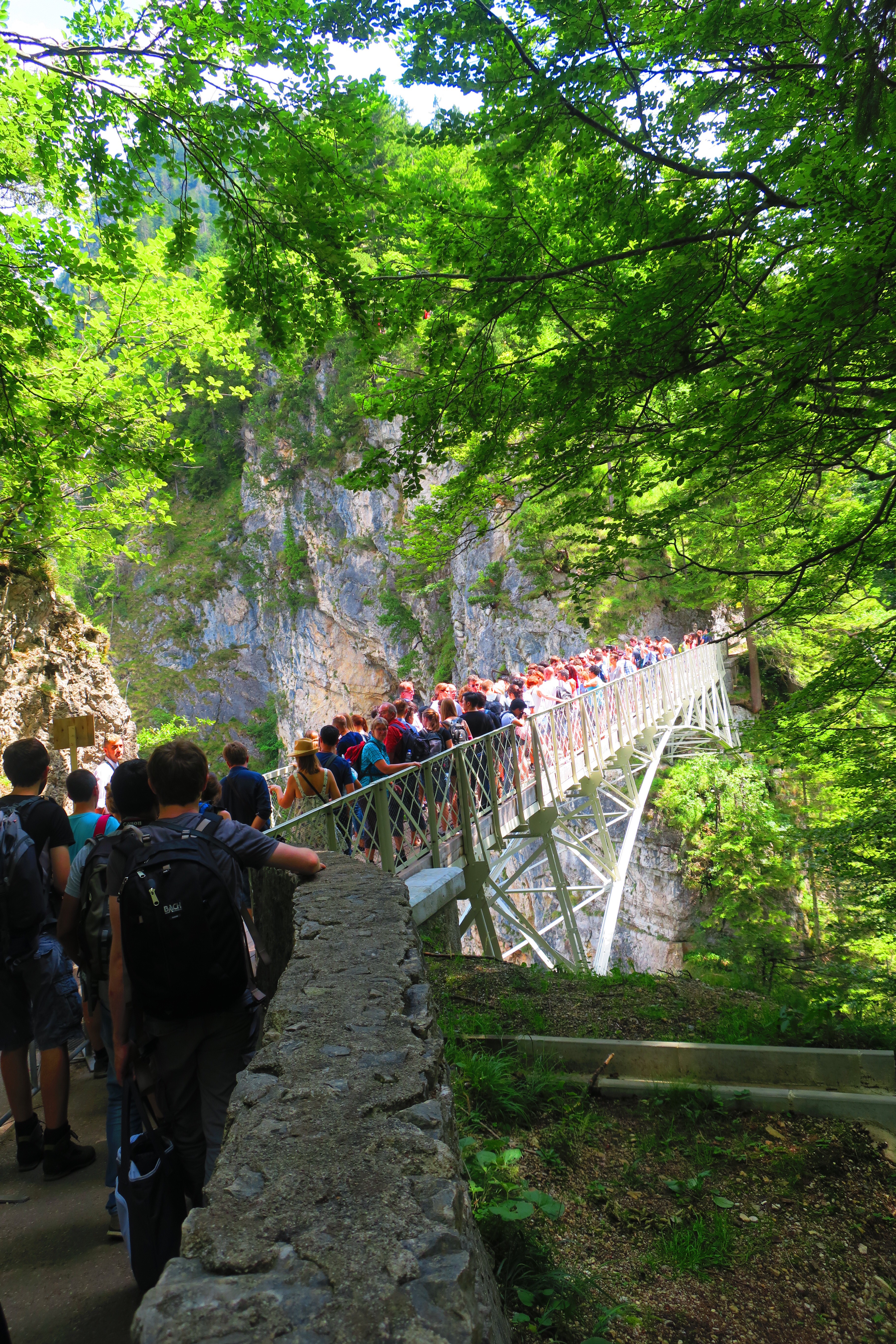 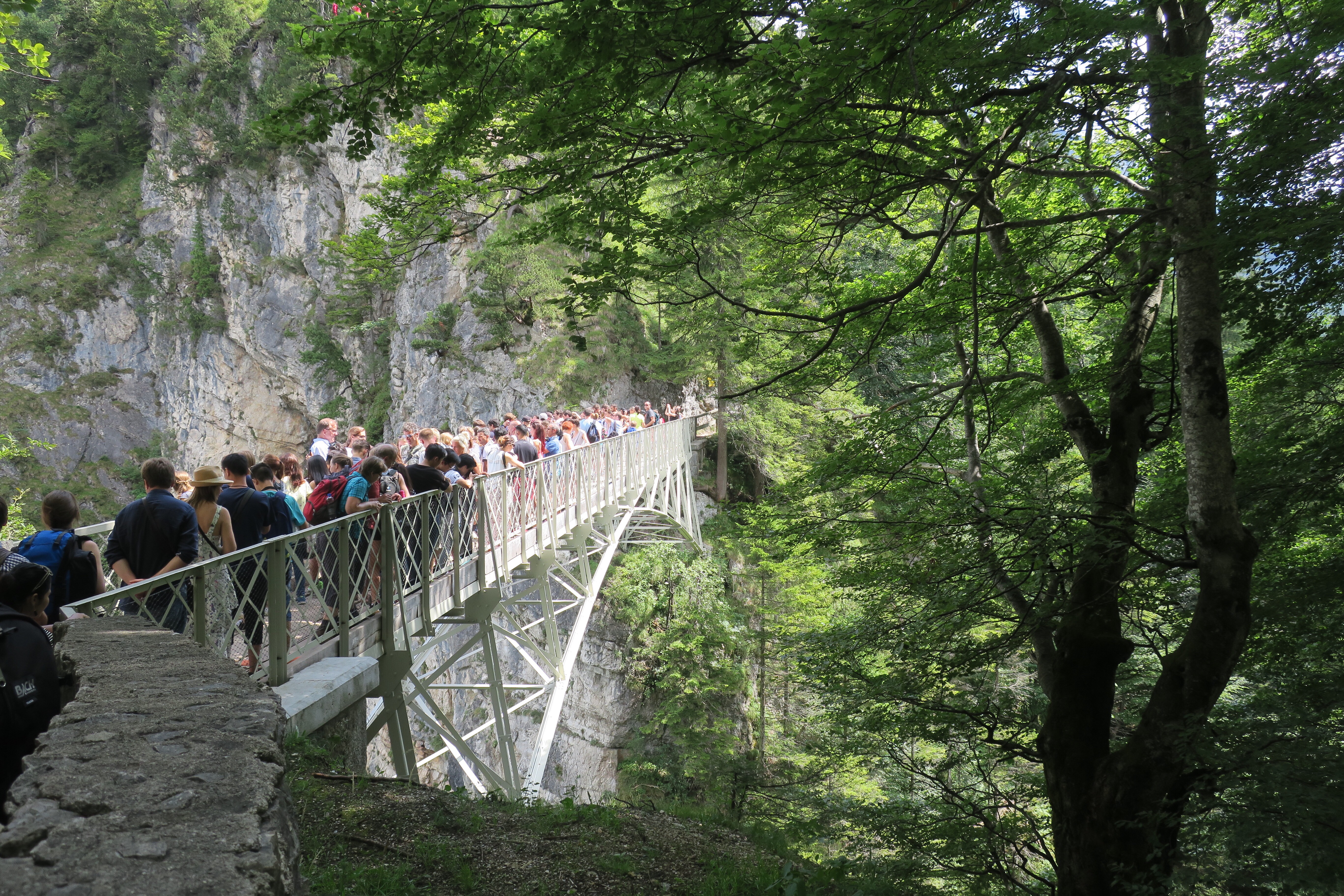 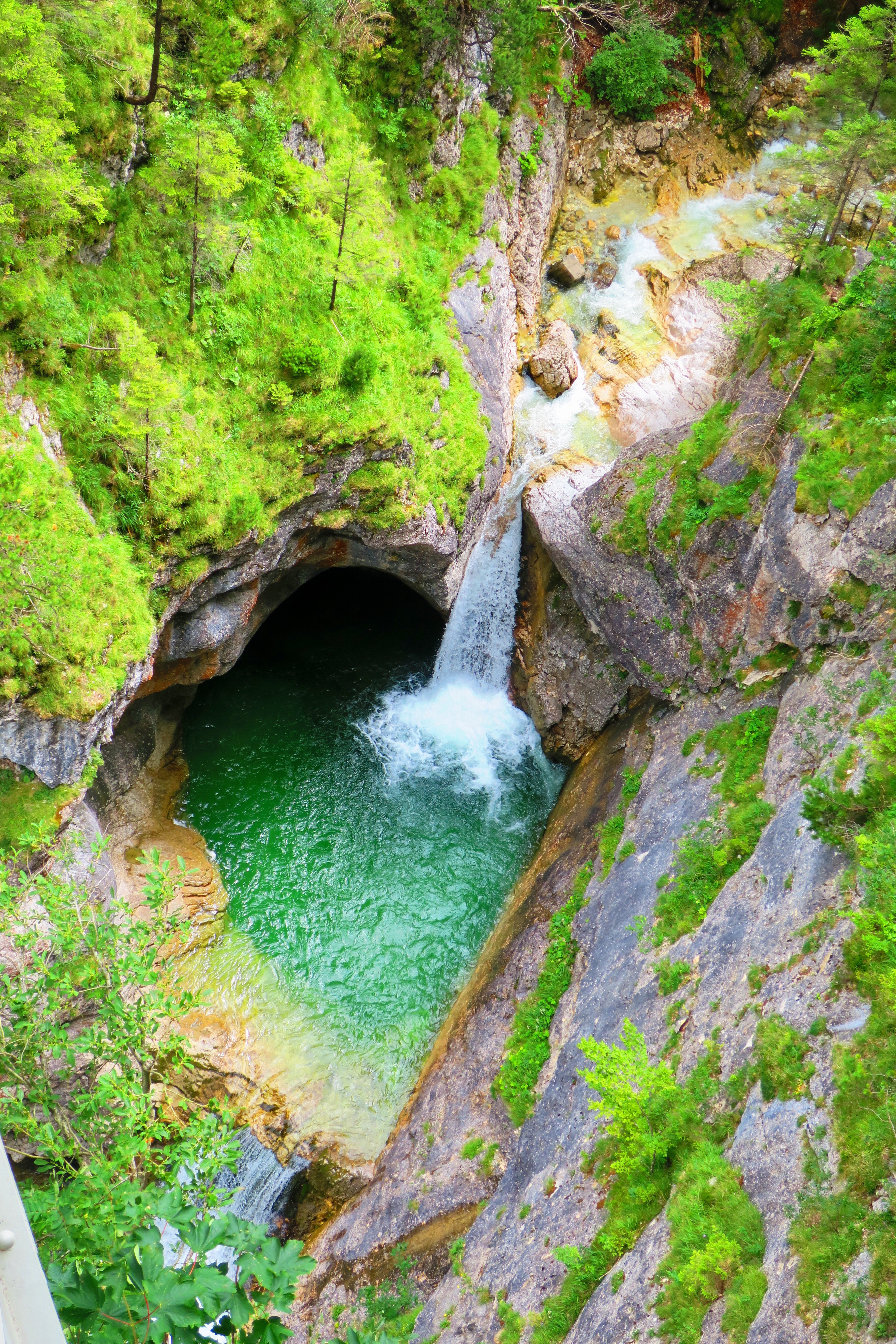 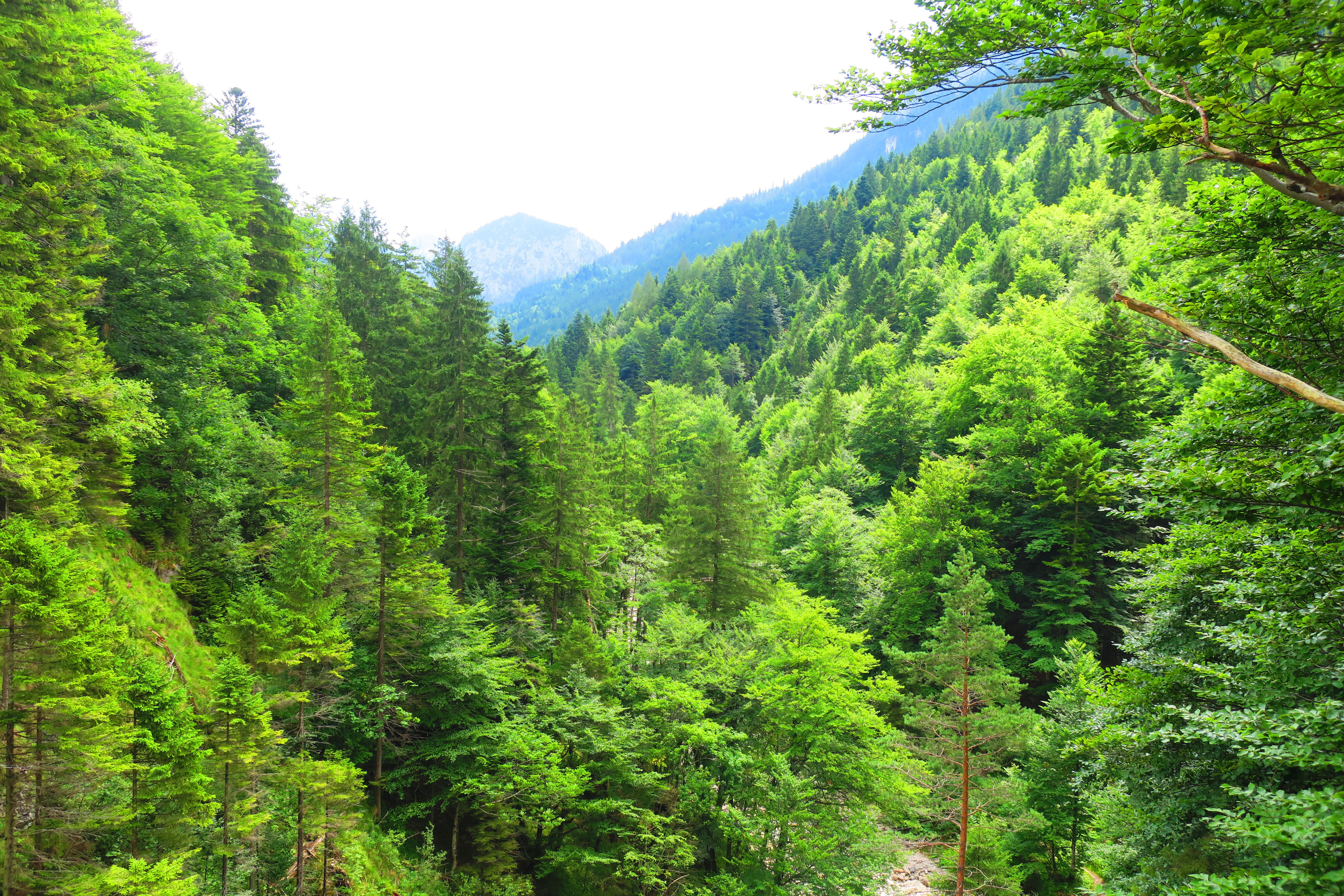 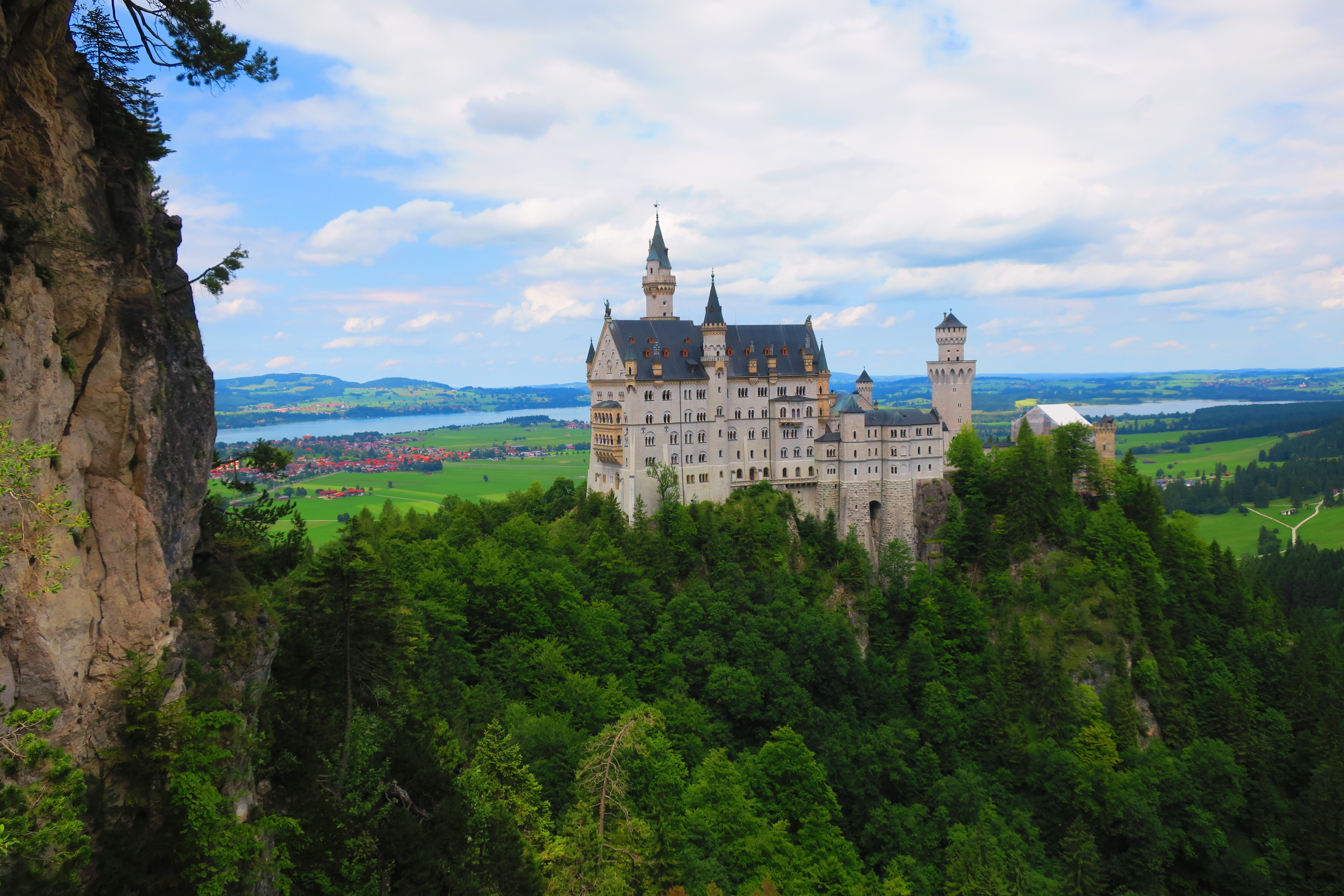 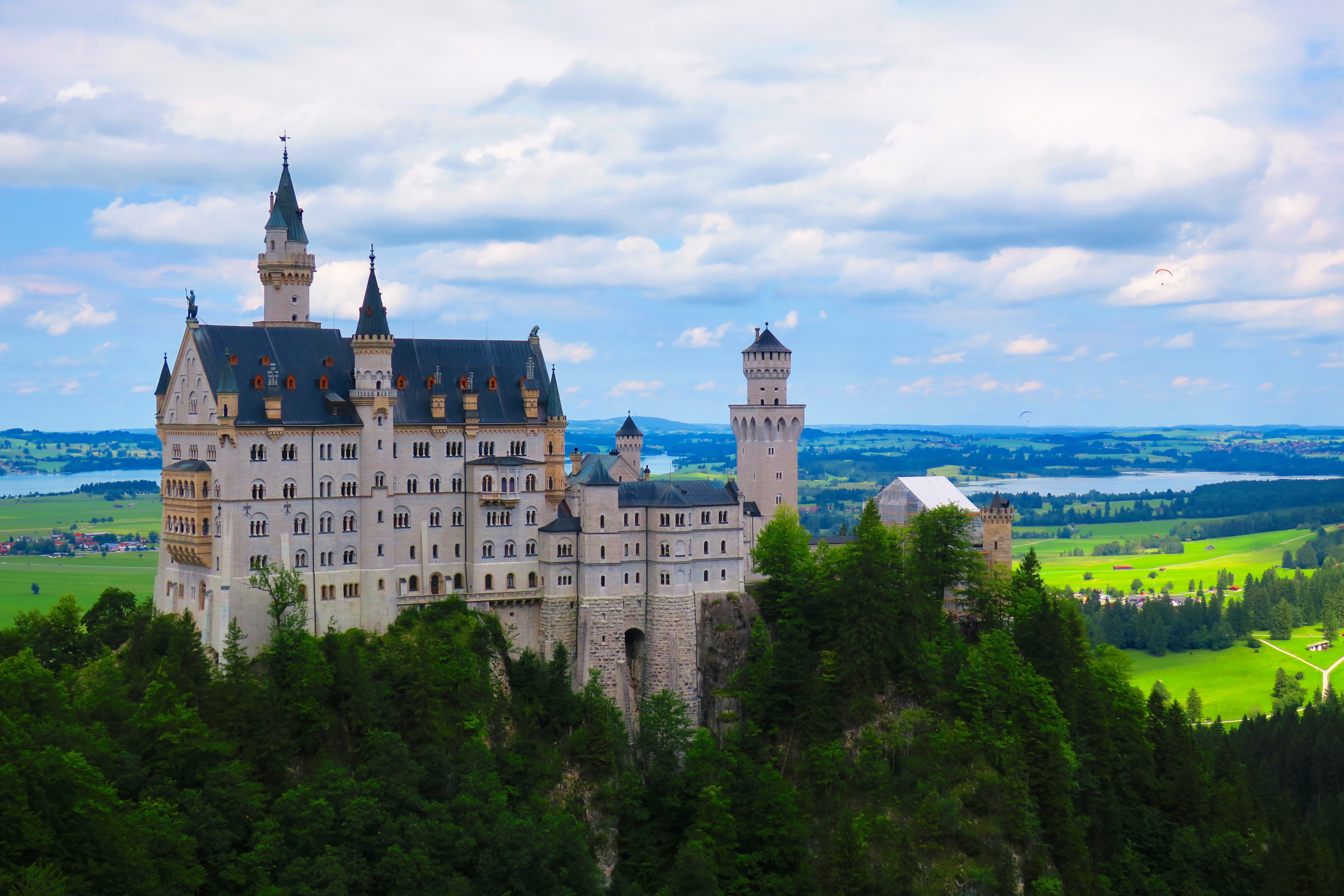 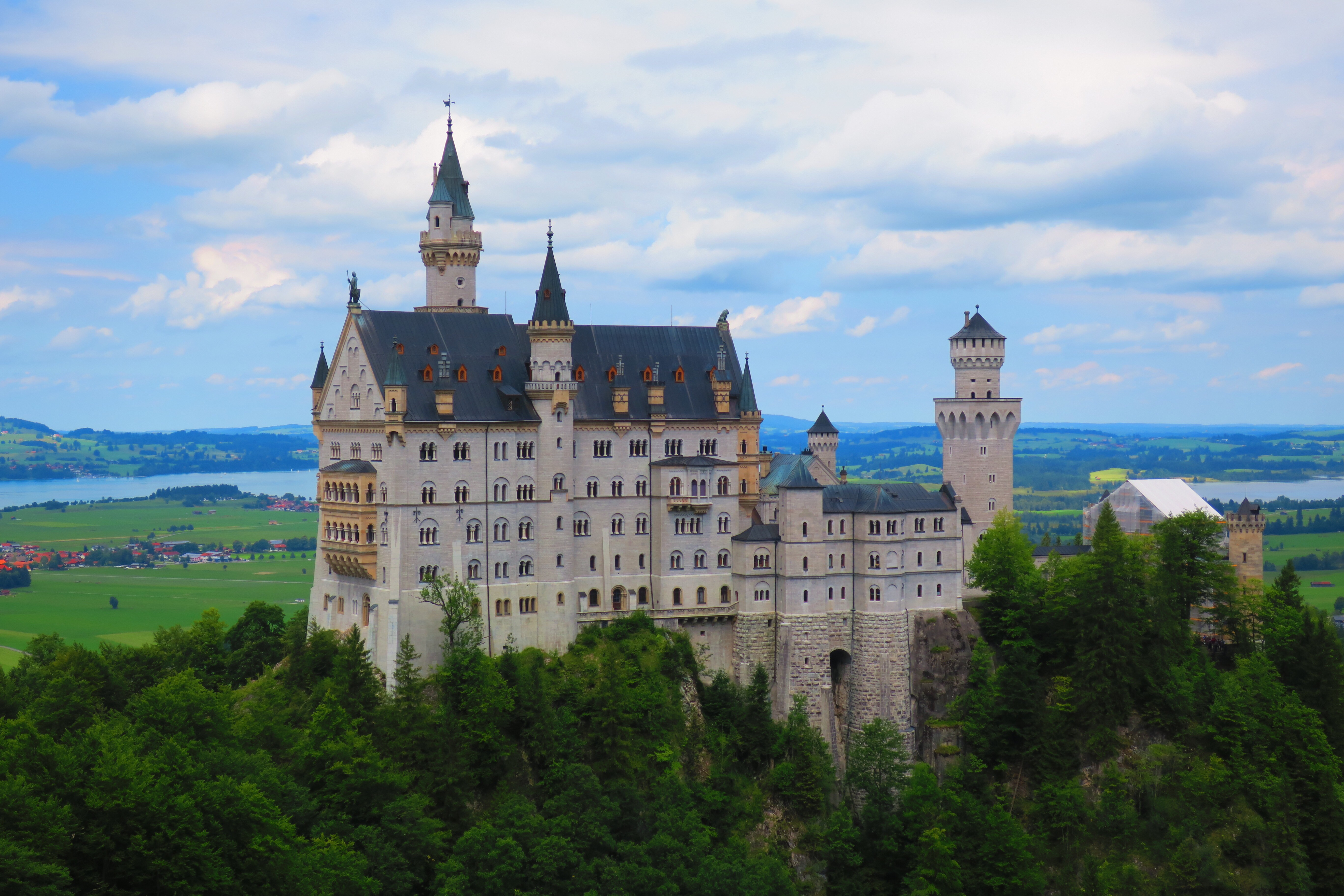 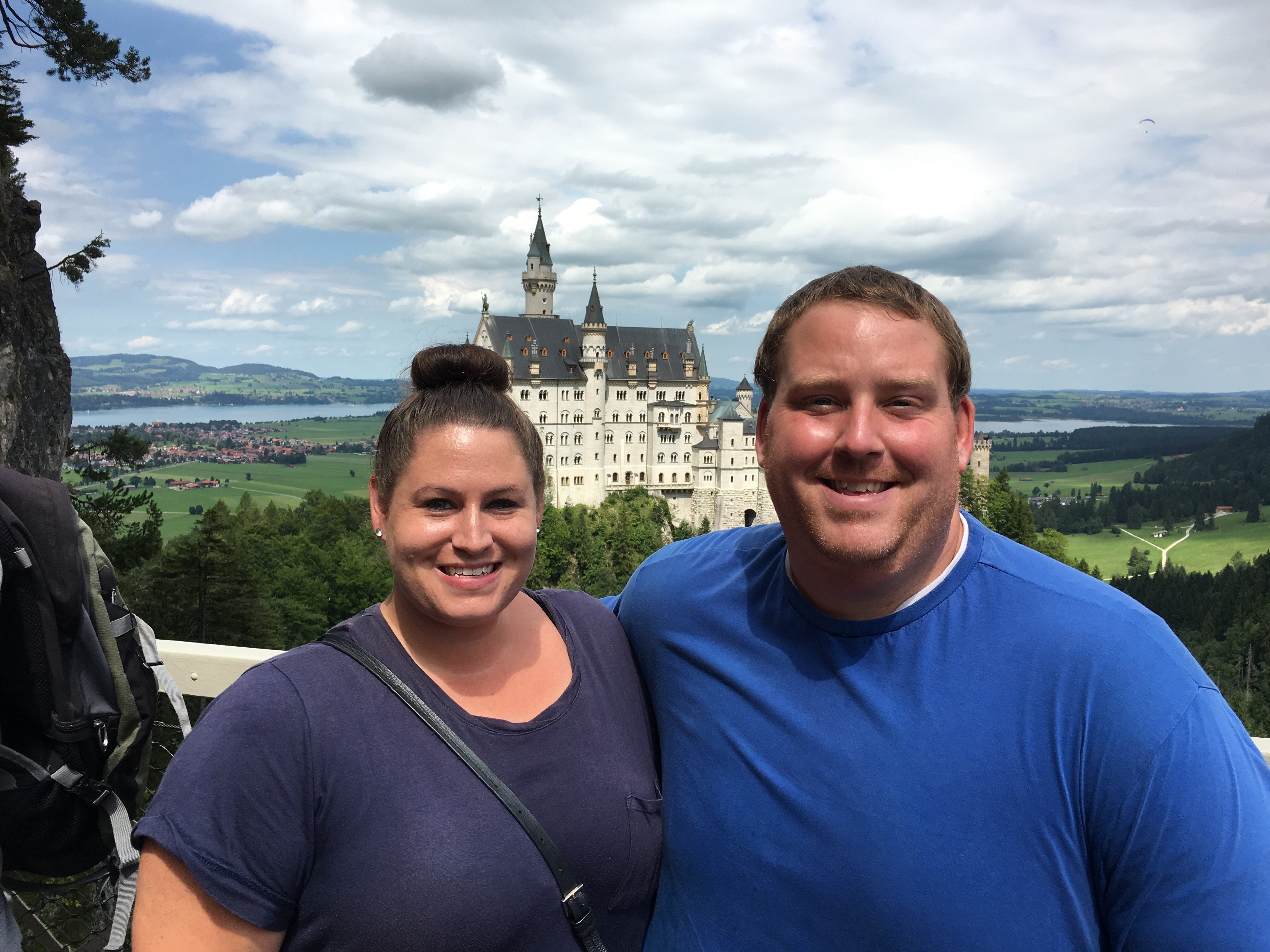 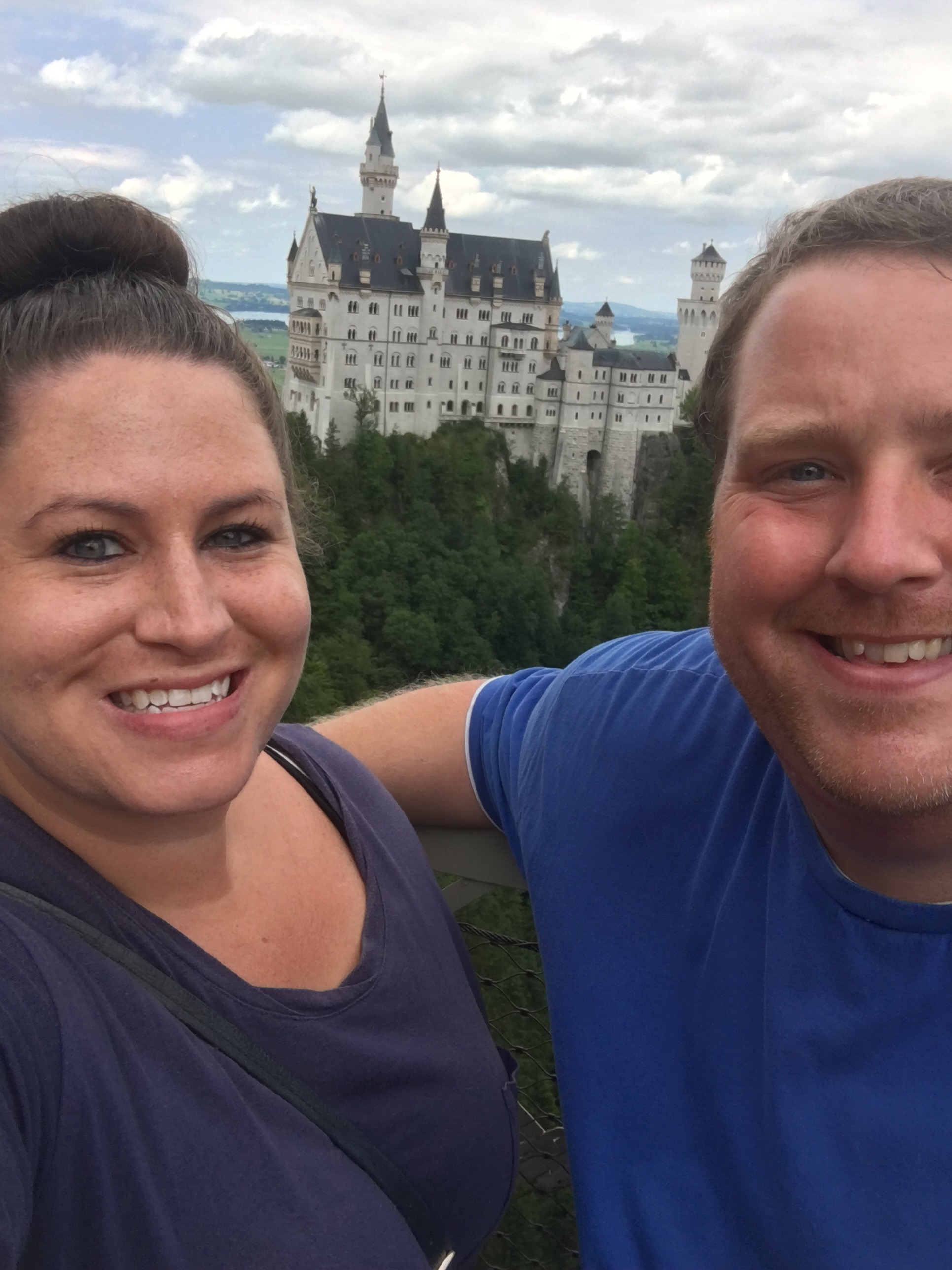 On our way to Switzerland we decided to knock another country off our list, Lichtenstein! A tiny country located between Austria and Switzerland. While it is filled with castles and museums, there wasn’t much really to see or do there. We bought a magnet, walked around the capital of Vaduz and left. It was fun to walk around this tiny country!

Next up, the amazingly beautiful, and soggy country of Switzerland! Did someone say fondue?!